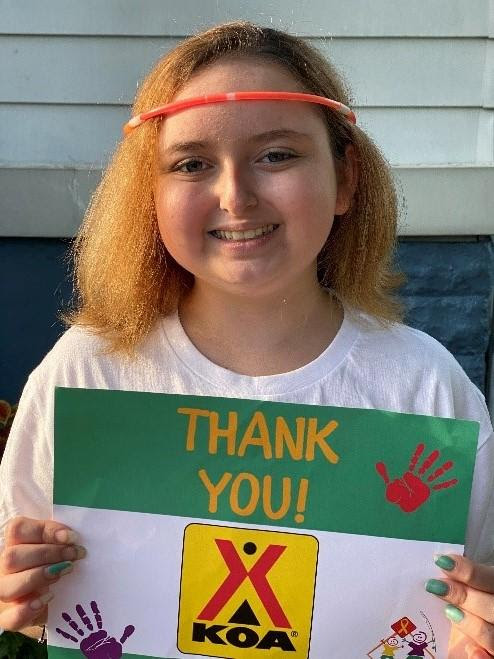 Kampgrounds of America Inc. (KOA) and its franchisees this year will contribute over $900,000 to Care Camps, the children’s camping non-profit that helps send kids with cancer to special oncology camps, the Billings, Mont.-based company announced. This includes an additional $100,000 donation that KOA Inc. has just announced on top of the traditional sources of financial support for the organization.

KOA donates a dollar of every sale of its Value Kard Rewards loyalty program to Care Camps and offers a promotional camping weekend in May that provides funds to the organization. Additionally, money is raised year-round at KOA’s 526 company-owned and franchised locations across the U.S. and Canada.

Care Camps was founded 36 years ago by KOA campground owners and is the primary charity for the organization. Care Camps has helped children with cancer experience the hope and healing that comes from spending time in the outdoors through special oncology camps.

“Since the non-profit’s inception, KOA franchisees and KOA, Inc. have been the leading champions for this cause,” said Jennifer Mercer, Care Camps director of development. “The KOA system has raised over 14 million dollars to help kids with cancer forget about the chemo, the radiation, and all the hard stuff that comes with cancer, and just be a kid again. Today, Care Camps is growing partnerships across the camping and RV industries, but KOA and its franchisees are still Care Camps largest supporters, and we could not be more grateful for this gift.”

Unfortunately, due to COVID restrictions, three of Care Camps biggest fundraisers had to be cancelled this year, including the annual KOA Big Weekend in May. These restrictions also limited local campground fundraisers. In addition, corporate and private donations slowed substantially. As a result, Care Camps faces a massive budget deficit for their camps.

This deficit prompted KOA to step forward with an additional donation this year. When Toby O’Rourke, KOA president and CEO, learned of the financial challenges that COVID restrictions had posed for Care Camps, she immediately knew KOA had to help. O’Rourke garnered support from KOA ownership to make an additional $100,000 donation to help Care Camps. 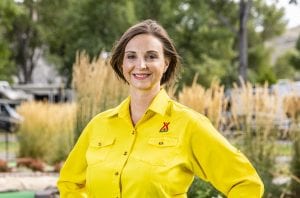 “KOA and its campgrounds have always been dedicated to making sure kids with cancer can experience the healing power of the outdoors through Care Camps,” O’Rourke said. “As a corporation, we wanted to do what we could to offer additional support to the charity during what has been an extremely challenging year.

Despite fundraising challenges, camps across North America continued to operate this year utilizing more collaboration and creativity than ever before. Camp directors at these special oncology camps knew that cancer would not take a break for COVID. Camp staff came together to create innovative “Interactive Virtual Camps” and “Camp-in-a-Box” programs to bring camp to kids in their own homes. In addition, camps were able to serve kids in hospitals that ordinarily would have been too sick to attend camp in person. As a result, thousands of kids going through the hardest times of their lives were able to create memories to help them endure the challenges they face despite COVID restrictions.

“We feel strongly about ensuring that camps are still there for these special children next year,” said O’Rourke. “We hope others in the outdoor hospitality and RV industry will join us with year-end gifts to ensure kids with cancer continue to have the chance to enjoy the outdoors. We all believe in the health benefits of being outside, and I can’t think of an organization more aligned with the values of this industry than Care Camps.” 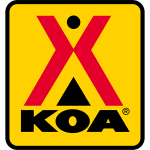 Kampgrounds of America Inc. (KOA) is the world’s largest system of open-to-the-public campgrounds with 525 locations across the U.S. and Canada united under the mission of “connecting people to the outdoors and each other.” The industry leader in outdoor hospitality, KOA’s family of campground brands – KOA Journey, KOA Holiday and KOA Resort – offer sites and amenities designed for every type of camping experience. The company was founded in 1962 in Billings, Mont., and today serves more than a million camping families each year, who rely on the standards of excellence and unique outdoor adventures KOA is known for. For more information, visit KOA.com.

Care Camps is the children’s camping charity that helps kids with cancer experience the healing power of the outdoors at oncology camps. At Care Camps, kids get all the medical care they need, along with specialized counseling, and they do it all surrounded by other kids who understand exactly what they are going through, forming life-long friendships. Because of camp, kids can forget about the chemo, the radiation, and all the hard stuff that comes with cancer and just be a kid again. Care Camps supports 135 oncology camps that serve every community in the US and Canada through generous donations that allow these services to be provided free for every family facing childhood cancer. To make a donation or learn more about Care Camps, go to www.carecamps.org.